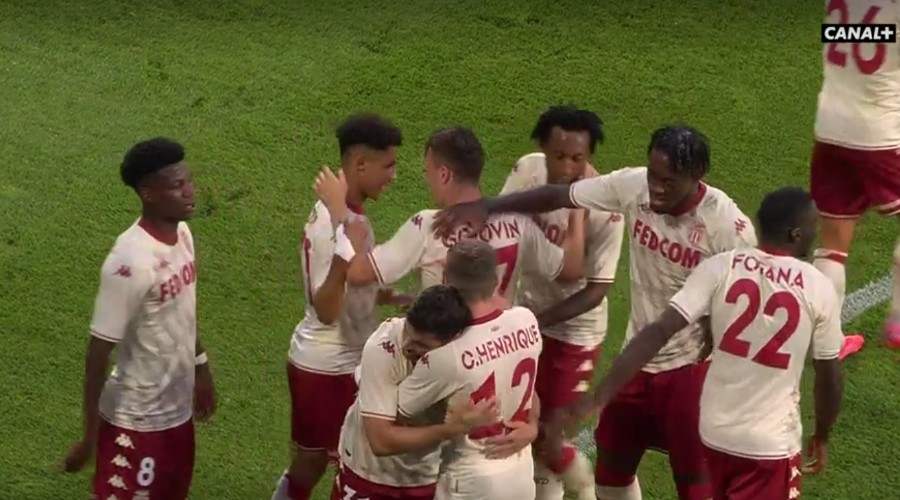 AS Monaco won their first leg of the Champions League third qualifying round 2-0 at Sparta Prague on Tuesday evening.

A job well done on the part of the last 3rd in Ligue 1. Forced to enter the 3rd qualifying round of the Champions League, from this Tuesday, August 3, Monaco won 2-0 at Sparta Prague. A victory in the Czech Republic which should allow the Red and Whites to calmly approach the return leg next week on the Rock.

The meeting was marked by cries of monkey launched by Prague supporters on the opening of the score of the ASM signed Aurélien Tchouaméni (37th). The overpowering midfielder, Ligue 1’s best hope in title, scored with a huge header from a corner from Aleksandr Golovin. Mr. Oliver then asked the stadium to broadcast a warning message (a repeat offense would have resulted in the stoppage of the match).

Upon returning from the locker room, in the wake of leaving Wissam Ben Yedder for Sofiane Diop (57th), the international Espoir won a duel in the area allowing Kevin Volland to double the bet (59th). 2-0, the perfect shot, even if away goals no longer have the same importance.

In case of qualification, the formation of Niko Kovac will have a lot to do in the play-offs against Genk or Shakhtar Donetsk, opposed at the same time (the kickoff of the meeting was scheduled a little later this Tuesday evening).

The goal for Aurélien Tchouaméni! ?⚽️

The Monegasque surpasses the defense of Sparta Prague to open the scoring! ?

The German striker swings a header from Sofiane Diop and allows Monaco to take a big step towards the dams! ?

Read also:Jean Lucas signs in MonacoBen Yedder is not afraid of PSG

Kane, this is worse than expected!

Beaumont already in the semifinals

Beaumont already in the semifinals