Neymar attacked when leaving the bus 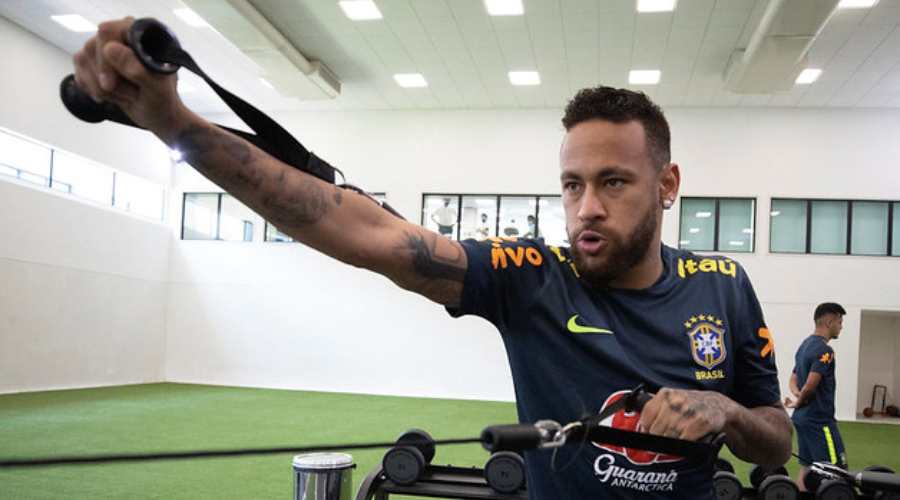 Two young Brazilian fans foiled the security to pounce on the star of the Seleçao at the exit of the bus, on the verge of falling.

Neymar did not go far from the disaster on Thursday when the Brazilian delegation arrived at a hotel in Porto Allegre. Blame it on a tackle that was unexpected to say the least. As he had just gotten off the bus, the Brazilian No.10 saw two teenagers rushing at him. After breaking the security cordon, the two fans ignored the barrier gestures to literally pounce on the Brazilian star.

Read also: The Brazilians of Europe ready to boycott the Copa America?

While one clung vigorously to his arm to immortalize the scene with selfies, the other slipped in front of Neymar, hitting him in the legs. Security, who was evacuating another too virulent fan, took a long time to release the former Barcelona, ​​who was released to find himself in socks. Visibly shocked by these outbursts, Neymar limped a bit when entering the hotel.

? Neymar was run over on arrival at the hotel after training ??!!!
Take care of his foot people… ?? pic.twitter.com/n5NoijW6SX

Boycott in the air

Reunited for a week, Tite’s men must face Ecuador on the night of Friday to Saturday as part of qualifying for the 2022 World Cup. La Seleçao will then follow with a trip to Paraguay on Tuesday before playing in the Copa America from June 13. A tournament which was initially to take place in Argentina and Colombia but which will ultimately be held in Brazil.

This is not without worrying Brazilian players, especially those playing in Europe. Not because of the excesses of which Brazilian supporters can be guilty, but because of the health crisis caused by the Covid-19 pandemic. According to a Brazilian radio station, some would even like to boycott the tournament.