The astonishing demand of the Blues to the referee 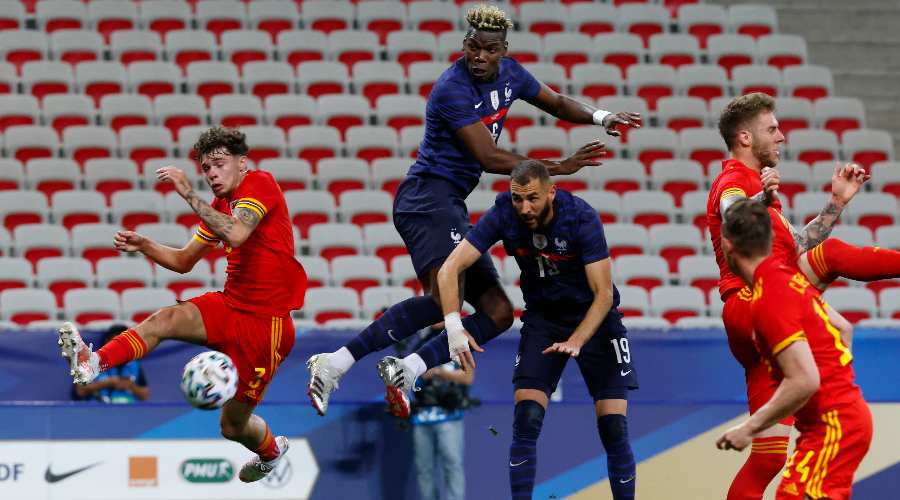 Paradoxically, the red card sent to Welshman Neco Williams was not to the taste of the Blues.

The Blues made a good impression on Wednesday for their first preparation match before the Euro. Less than two weeks before its big meeting against Germany, the France team indeed won 3-0 against Wales.

Read also: Between Benzema and Griezmann, Deschamps already has a problem

A result nevertheless to be put into perspective since the Blues have evolved in numerical superiority for more than an hour. Consequence of the red card sent to Neco Williams following a hand fault in the area. Once is not custom, the Blues have also regretted this exclusion.

“We all asked the referee not to send the Welsh player off, thus told Hugo lloris at the microphone of the Chaîne l’Equipe. We would have preferred to finish the match 11 against 11. The referee followed the rules. Despite this, the Welsh remained very organized, but a lot behind. There are positive things, in particular we achieved some very good things in the offensive phases. The score could have been wider, but that sums up the physiognomy of the match. “

According to Robert Page, the coach of the Dragons, the fourth referee also apologized for this exclusion. ” Red is very hard, he said. We watched at half-time, and the fourth official apologized to me at the start of the second half, which probably makes matters worse! It’s impossible for Williams to do anything.»

Read also:Benzema, a false note that stainsBenzema, that promises!France-Wales, the notes: Benzema has not been unworthy

Deschamps: “It would have made me happy if Benzema scored”

A French club bought by the 2nd richest man in the world?

A French club bought by the 2nd richest man in the world?