Nate Diaz vs Leon Edwards postponed for one month 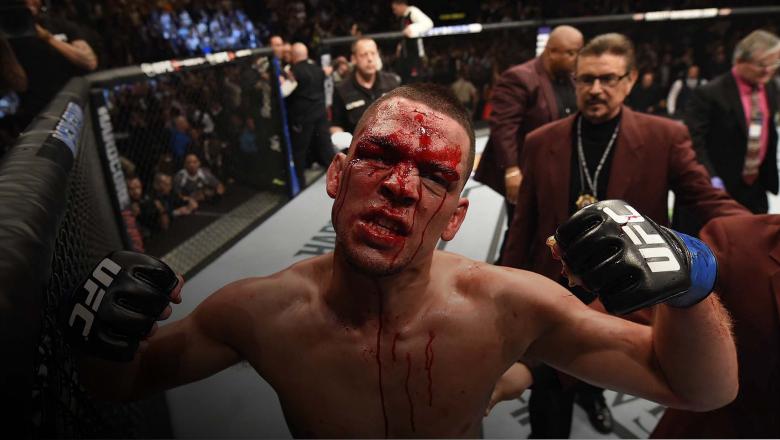 Injured Nate Diaz will not attend UFC 262. He will face Leon Edwards in June.

Nate Diaz (20-12) will not face Leon Edwards (18-3-1) on May 15 during l’UFC 262 in Houston. The native of Stockton suffers from a ” minor injury According to journalist Kevin Lole. So the fight was rescheduled a month later. The American and the British will face each other June 12 at UFC 263 in Arizona, as a co-main event of the event, before the Adesanya vs Vettori and the rematch between Figueiredo and Moreno.

Leon Edwards vs. Nate Diaz has been postponed to UFC 263 on June 12, sources confirmed to @marc_raimondi.

It will remain a five-round, non-title fight. pic.twitter.com/FnqDPie4sM

For the first time in the history of the American organization, a co-main event without a belt in play will take place in five rounds. Nate Diaz is one of the biggest stars in MMA. Renowned for his character as brawler, he reached the heights when he inflicted in 2016 first UFC loss to Conor McGregor, coming out of his legendary victory over José Aldo for the featherweight title. Californian has not fought since his return in 2019 and his loss on medical leave due to cuts against Jorge Masvidal, at Madison Square Garden for the title “BMF”.

Diaz will face the dangerous Leon Edwards, category number 3. The Englishman is on an unbeaten streak of 9 fights and hasn’t lost since 2015. His last loss was not against a stranger, it was against Kamaru Usman, current UFC welterweight champion.

Monaco-OL: The images of the general fight

Messi, an initiative that goes wrong

Messi, an initiative that goes wrong