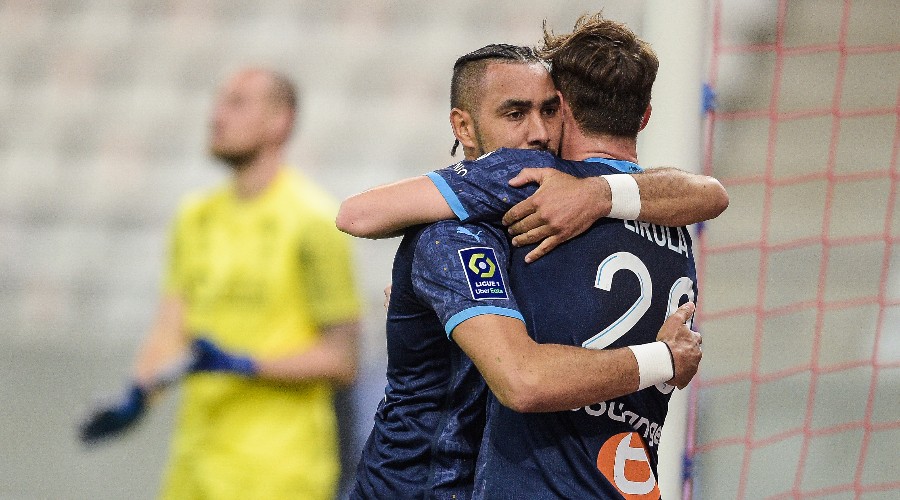 Thanks to a double from their number 10, OM won in Reims (1-3) on Friday and temporarily take 5th place.

This is not the goal of Jorge Sampaoli, who is working to impose his style of play at the end of the season, but theIF is really in a position to get a European qualification. Dimitri Payet and his teammates, carried by a double from the playmaker, recorded a 3rd victory in 4 matches during the trip to Reims (1-3), Friday. They take 5th place at RC Lens, which receives Nîmes on Sunday.

Reinstalled inside the game by the Argentine coach (who alternates, in the offensive phase, between a 3-1-5-1 at home and a 3-2-4-1 away), Payet has confirmed his revival while still showing itself to be decisive. The Phocéens first stumbled over the Rémois at the start of the match and, in the space of a few seconds, Nathanael Book opened the scoring for the locals, with a header from a corner (38th), and Boubacar Kamara gave up his place after receiving a blow to the back (40th).

But the revolt of the Marseillais was immediate. After his double last Saturday against Lorient, Pol Lirola sounded the charge by serving Payet for the equalizer (41st), then the Spanish right piston triggered the action of the 2nd Marseille goal and the Reunionese served perfectly Arkadiusz Milik for the 5th goal of the Polish striker at OM (45th + 2).

Faced with a stunned Champagne formation, the Marseillais were unable to worsen the score at the start of the second period, but the meeting changed with the exclusion of Wout Faes for a second yellow card (69th). Five minutes later, a great collective action saw Valentin Rongier serve Payet for the 3-1 (69th). Sampaoli will have a whole week to prepare for Strasbourg’s visit next Friday.

?️ “I was efficient, it’s good for me and for the team (…) Sampaoli managed to free us”

The reaction of Dimitri Payet, author of a double and an assist ?️ #SDROM pic.twitter.com/mL9u8pkpkN

When Red Bull recruits at Mercedes …

When Red Bull recruits at Mercedes ...